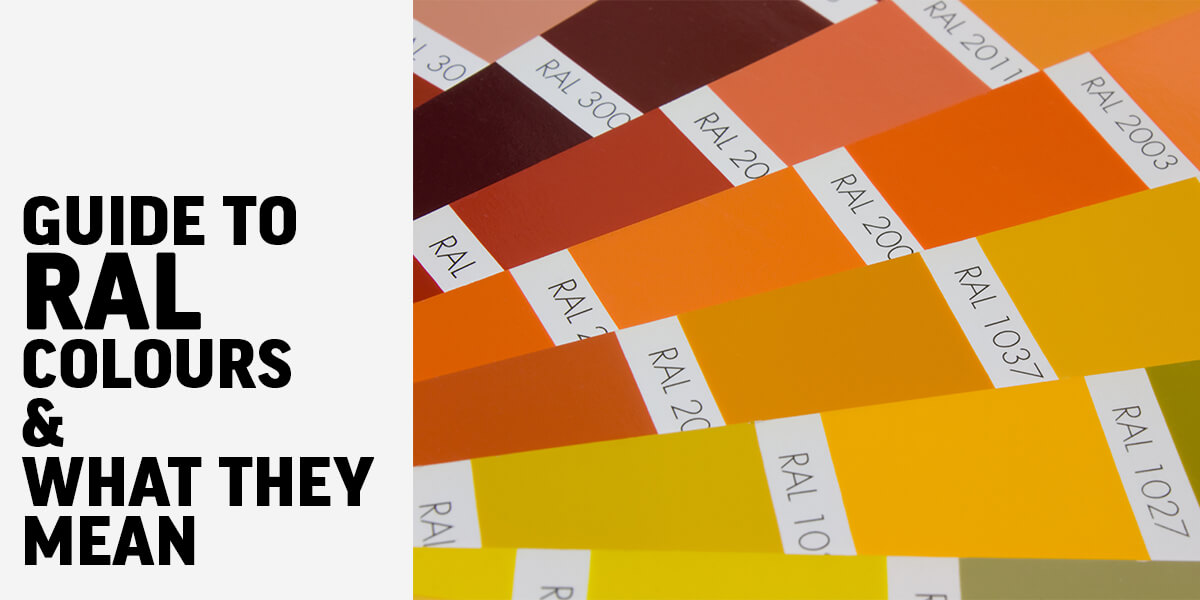 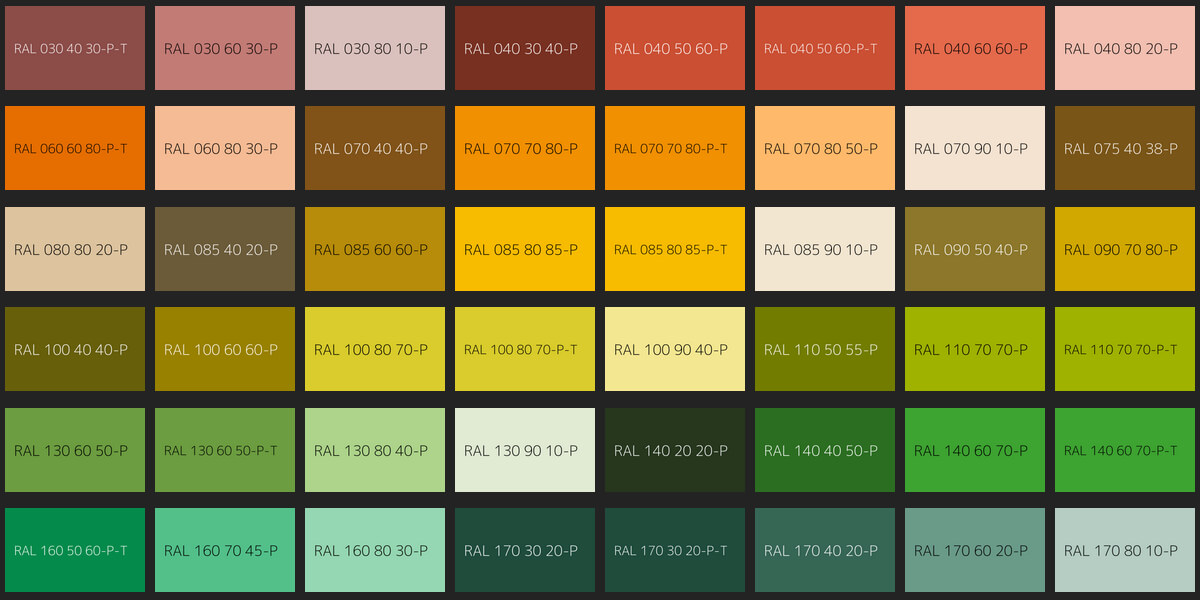 Across Europe, the RAL system is used in a variety of industries to standardise the understanding of colours. This colour-matching system uses a numerical code to indicate an exact colour, which any manufacturer using the same system can translate into the desired shade. Before this system was created and distributed, manufacturers had to get physical colour samples to ensure their products matched correctly.

The RAL system was created in 1927 by the German National Commission for Delivery Terms and Quality Assurance. RAL stands for Reichs-Ausschuß für Lieferbedingungen und Gütesicherung. The initial system had 40 colours in it, but this quickly grew. The system was based on the one used in the printing industry - Pantone colours.

How The Numbering System Works

Initially, the system relied only on numbers. However, this became problematic when human error was introduced to the equation. Transposed numbers could give you an entirely different colour on the opposite end of the spectrum. Range names and colour descriptions were then added to the four-digit numerical code to help alleviate some of the confusion.

A typical code now looks like this: RAL 9012 Clean Room White. This is one of the most recent ral classic colour added to the panel. It was added in January 2020 along with RAL 2017 RAL Orange.

The first number in the code denotes which range the colour belongs to.
The ranges are:

Where The RAL Colour System Is Used 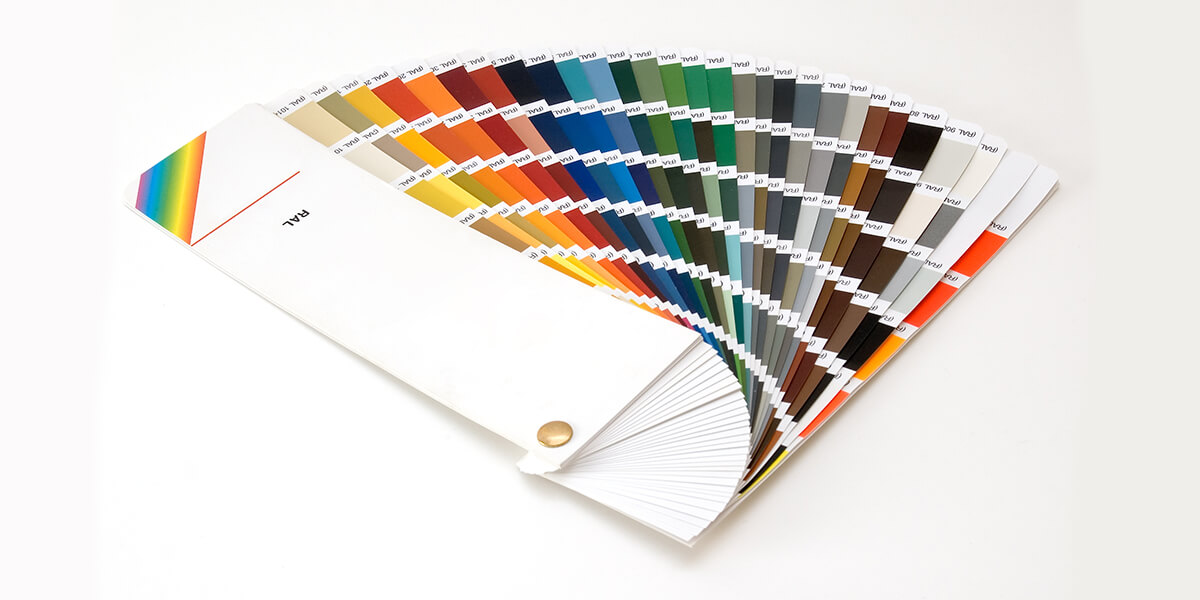 The RAL colour system has been readily adopted across Europe for a number of industries. These include architecture, design, recreation, construction, road safety, government agencies and public services. For example, there are several reds that are described by their country's postal service:

These are the official names of the colours within the RAL system, as well as denoting where the colours are predominantly used.

Many of the colours in the RAL Classic are used for road signs and warning signs. Standardising the use of ral classic colours on such signs is important because it makes them instantly recognisable to anyone, regardless of the language they speak.

As the influence of the RAL system spread, more and more colours were added to the original panel. Additionally, more industries saw the value of the colour-matching system and adapted it to suit the industry and the materials used.

Now, there are four different groups or reference panels: 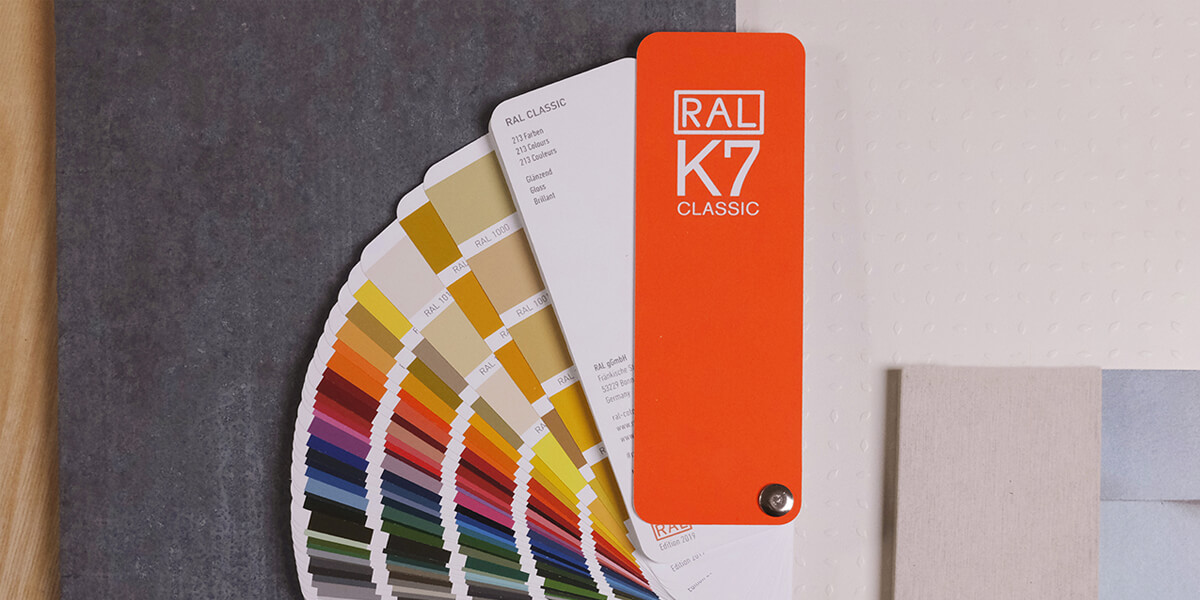 This is the original panel that has grown from the initial 40 colours with three numbers used to denote the colour description. It was called RAL 840. In the 1930s, the system changed to having four numbers in the code and it became known as RAL 840 R. The next major revision came in 1961 after the panel grew to accommodate more and more tints. It was now renamed RAL 840 HR.

The panel included 210 colour tints by 1961 and grew by two in 2020. However, in the 1980s, a variation of the Classic panel was created to cover glossy surfaces. This range includes 193 colours and is called RAL 841 GL. These two panel variations cover a range of materials, including matte and glossy paints.

In 1984, another variation of the Classic panel was created to cover army and camouflage colours specifically. This one is known as RAL F9 and has ten colours in the ral colour chart. They cover colours such as beige, brown, grey, and green. 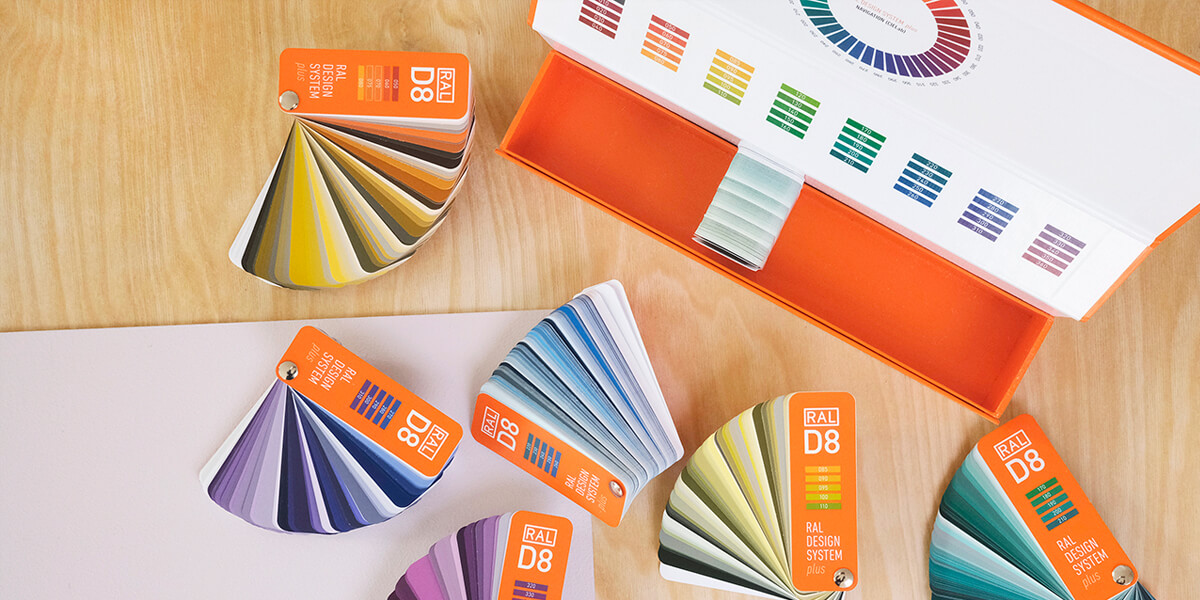 Due to the success of the RAL colour chart, other industries got into the swing of things. The Design panel is used by designers, advertisers and architects, and it was created in 1993. The panel is quite different to the Classic panel because it uses the CIELAB colour system. Colours have a seven-digit numerical code and no descriptive names. The first three digits represent the hue, the second two represent the lightness, and the third two digits represent the chroma or relative saturation of the colour.

RAL Design originally had 1688 colours but was quickly adjusted to 1625 colours shortly after it was introduced. Today, the panel includes 1825 colours. None of the colours in this panel intersect with the RAL Classic panel because the naming conventions are so different. It's merely the concept of standardising the colour names that was copied.

This panel is like the Classic panel but is used for waterborne paints. There are 420 solid colours in the panel, 70 of which are metallic colours. The naming convention uses a three-digit numerical code, followed by a dash and another number or letter. For example, the first colour in the panel is RAL 110-1. This is a white colour that lives in the silver or light grey range. 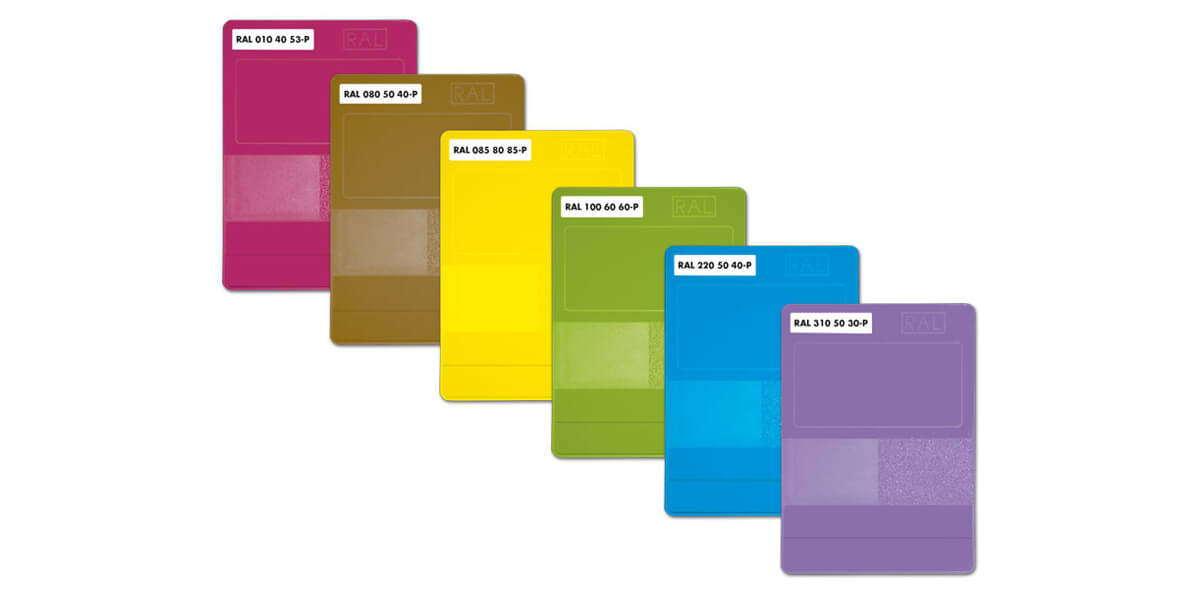 Of course, as technology evolved in the last hundred years, different materials needed to be accommodated by the RAL colour system. Two entirely separate panels were created to cover plastics as a material. P1 uses hues and tints from the Classic panel, and P2 uses colours from the Design panel, allowing for crossover between the two when it comes to plastic.

The panels for plastics were created using polypropylene plates to translate the colours from the main panels into plastic versions. In P1, there are 100 colours - the most popular and commonly used of the Classic range. In P2, there are 200 colours from the Design panel. Now you know all about RAL colours, and you can choose a trendy shade that works in your home. It's paint by numbers in the true sense of the word.