Recognizing The Importance And Contribution Of The Plumbing Industry 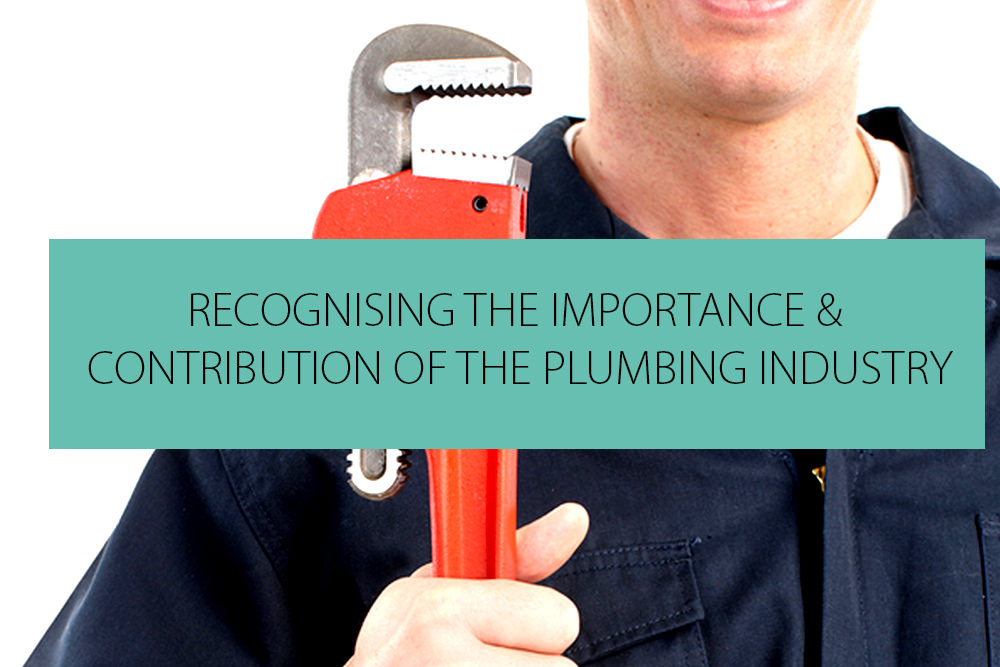 What does the word plumbing remind us of? It is most likely that images of sewage and drain pipes appear before our minds as an instinctive and highly unimaginative response. But we must appreciate that without proper plumbing we would be left with a gloomy sanitation system imprinting a big question mark on our hygiene standards. Had plumbing innovations been withheld, “Gardyloo” the famous alarm cry warning the pedestrians and bystanders alike on the streets of the emptying of chamber pots would have incessantly reverberated through every street, every day of our lives as was the case in Edinburgh during the middle ages. 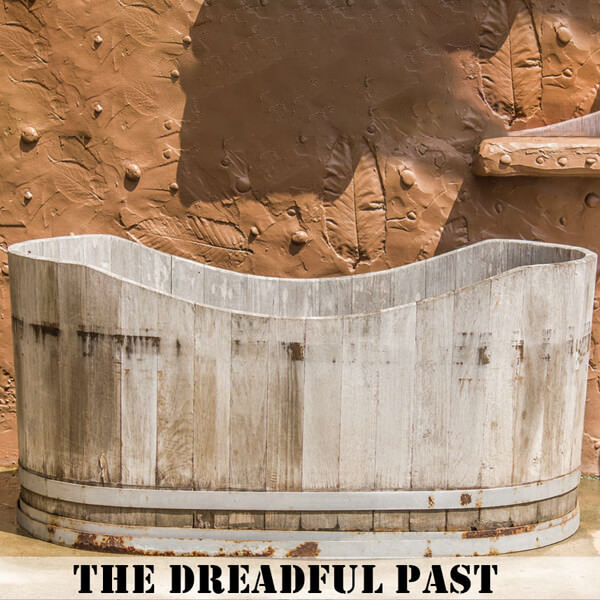 Humans before the middle-ages had of course seen better times as there was an organized sewage system in ancient Rome to support numerous public toilets; the Romans also had an elaborate system for carrying water into their city renowned world over as aqueducts for which they owe credit to the Greeks. Sufficient evidence from distant geographical locations such as the Indian subcontinent point to the existence of flush toilets connected to effective sewage discharge outlets during the Indus valley civilization; vestiges of sewage systems and bathrooms exist among the ancient sites in Egypt and Mesopotamia. The abandonment of proper sewage and sanitation practices in Europe became common place during the middle or commonly known as the dark ages under the influence of religious authorities who espoused a creed reposed on filth which saw the proliferation of unhygienic practices such as open drainages which resulted in filthy rivulets and epidemics such as cholera and dysentery.

Europe’s ill-fate was finally obliterated by the analysis, research and determination of Dr John Snow who much before the cholera outbreak of 1854 had established the connection between cholera and contaminated water. Dr. Snow made the crucial discovery of linking the cholera victims and the water they had been consuming from the hand pump at Broadwick Street in Soho District during the cholera outbreak which severely affected the residents of Broadwick Street in 1854, killing more than 600 people. Although Dr Snow was unable to pinpoint the bacterium responsible for the epidemic, he managed to get the civic authorities to disable the hand pump from serving the residents of Broadwick Street and the number of newly infected cases immediately reduced.

Dr Koch’s findings proved to be a vindication for Snow’s claims and conviction, thus sparked the much required sanitation awareness across Europe that mobilized civic authorities into action which lead to the building of improved water supply systems that were free from sewer contamination. The most important change that followed these events was the introduction of pipes to deliver water to all households; however, the means for its exit remained unchanged and depended on the earlier arrangement of open cesspools and open sewers. Cholera refused to abate until the open cesspools were replaced by a closed sewer system and the sewage discharge was dumped in the ocean or large available water bodies as agreed upon by the informed authorities of the day.

In stark contrast to these developments of 19th and early 20th century Europe 78 percent of present-day human habitations on our planet do not have clean water supplies according to the World Health Organization; and 86 percent of the people in such regions don’t have sufficient sewage treatment thus suffer frequent cholera outbreaks. Although the uniform plumbing code pioneered by America proved to be an excellent measure for safe-sanitation and has been instrumental in governing plumbing standards; replicated across developed societies and has become the gold standard for plumbing installations, inspection and maintenance, its traces are yet to be found in sub-saharan Africa and a majority of underdeveloped countries which is an issue of grave concern. 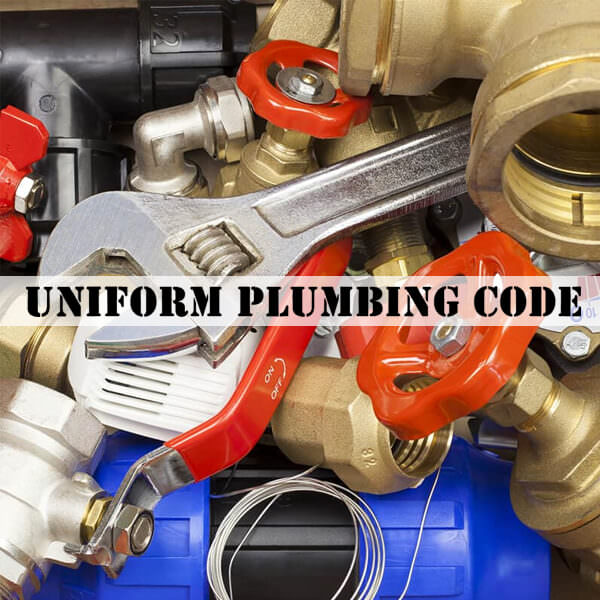 Stalwarts Of The Flush Toilet

If John Snow’s efforts delivered us from abysmally low levels of sanitization then the invaluable contributions of John Harrington and Alexander Cummings must be recalled and celebrated in equal measure as it was Harrington’s novel idea of a private lavatory with a flushing system which was enhanced by Cummings S-design which allowed the bowl to retain fresh water after every flush and keep the sewer gases from returning into the building. The S-design is the forerunner of the modern day flush toilet pipe-trap which has been modified in the present day into U and J shape with innovations taking a forward leap in the plumbing industry. Until the dawn of the 20th century the concept of the modern bathroom did not exist. It was plumbing along with town planners and architects that stood at the forefront of the revolutionary concept of moving the bathroom within the precincts of your home at a single location which included the water closet.

The Bedrock Of Our Secured Present

We owe our solidarity to the plumbing profession while we run through a busy morning routine without realizing the contribution made by the efficient and dependable plumbing system in our bathrooms, the invisible contribution from the plumbing community extends right into our offices and public buildings. The shopping mall experience is a global phenomenon which houses flourishing food courts, multiplex theaters and a plethora of shops and businesses catering to diverse tastes, receiving countless footfalls. But would all of this be possible without an effective plumbing system that is so dynamic in its design that it willfully engages with growing demands. The only time we are reminded of its importance to our infrastructure is when it suffers from a wear out, a clog or natural calamity sufficient to induce failure. 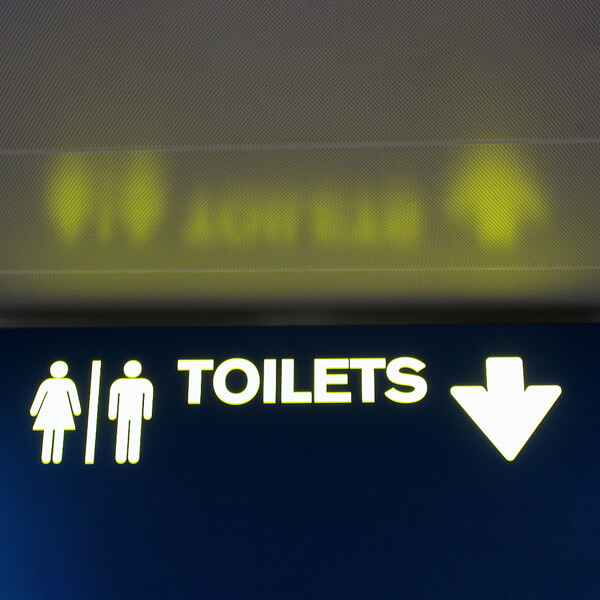 Such failures are capable of disrupting our schedule and paralyzing our lives, they have a relegating effect on normal adults which reduces them to helpless bystanders waiting for skilled hands to go after the malfunction. If the choke is serious then the disruption will linger for hours to follow presuming help is on the way, please refrain from fixing it yourself as this could worsen the scenario.

The failure to recognize the evils of bad sanitation precipitated our fall into the dark ages and it took the wisdom and fortitude of distinguished men to forge our way out of the swamp of ignorance and mortality. Today we in the western world and those who follow in our footsteps have won the battle against water-borne epidemics that posed a perpetual threat due to sanitation neglect. The plumbing industry has made a pivotal contribution in asserting secure sanitation systems that are aligned to the principles of ideal urban-development. 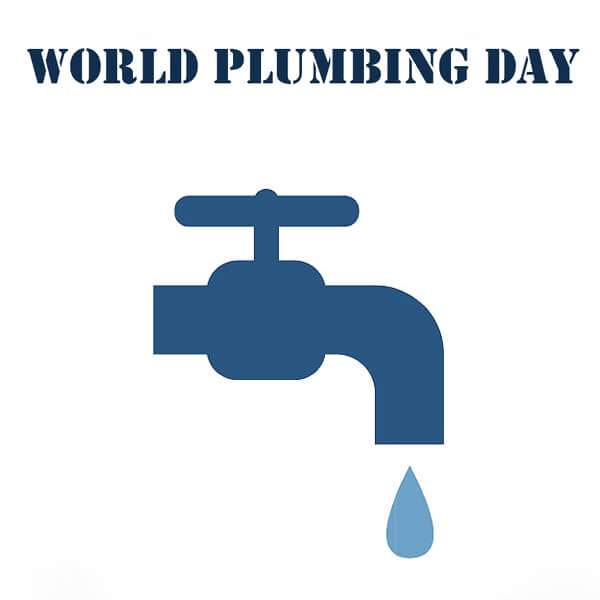 Held on March 11 each year, World Plumbing Day (WPD) is an international celebration of the good work the plumbing sector does around the globe. The day aims to celebrate the success of plumbers in crises such as those as well as give them a well-deserved pat on the back for their regular work throughout the year.

It also looks to encourage people to invest in modern technologies which that will help to save water because, “every drop counts” of this non-renewable resource. At present just one per cent of the world’s water is safe for human consumption and much of that is being contaminated due to bad practices and negligence.

Each year, more than 700,000 children die due to consuming polluted water. Poor plumbing standards are a cause of some these fatalities because it helps diseases to spread. Anyone who is interested in plumbing and the safeguarding of clean water can get involved with World Plumbing Day.

Participants are free to highlight the day’s importance in any way that they feel fit. Organized activities include holding talks at schools and community hubs, offering special one-off rates to plumbing clients and handing out leaflets in city centres. The World Plumbing Council also urges prominent members of plumbing companies and organisations to write letters to local newspapers in order to raise awareness and gain support.

To commemorate the special occasion QS Supplies contacted over a hundred plumbers in the UK to enquire about their place in the plumbing profession. A majority of the plumbers were quite forthcoming when asked about their professional status, most complained about the illegal infiltration of unlicensed or uncertified plumbers who without hesitation proceed with odd jobs that are declared illegal by regulating authorities. Most agreed on the long hours and often odd hours the profession demanded, the environment they maintain is highly dynamic one which needs seasoned hands and a creative mind. Customization was seen to be the key to becoming a successful plumber as adapting to new environments, new dimensions, and new perspectives requiring instant evaluation and skillful implementation. What is the World Plumbing Council?

The council is an international body that aims to promote and develop high standards of plumbing around the world. Constituted in 2000, the council now represents 29 countries spread across all seven continents. Many of these located are in the developed world, but a number of them are developing nations, including India, Brazil and Nigeria.

The council has nine key objectives, which are:

The plumbing industry continues to evolve with the introduction of better techniques and implementation of stringent measures to improve sanitation systems; its impact on our lives is manifold addressing serious issues such as water scarcity, measures to combat structural inconvenience through better designing with high focus on aesthetics, and above all this profession like any modern service has bestowed upon us the gift of convenience.

Plumbing receives tacit acknowledgements from all quarters but never or rarely the token of appreciation, the deserved gratitude we owe to this profession must be expressed with much celebration in acknowledging its contribution to our society and make it as grandiose as possible for the silent soldiers of sanitation.