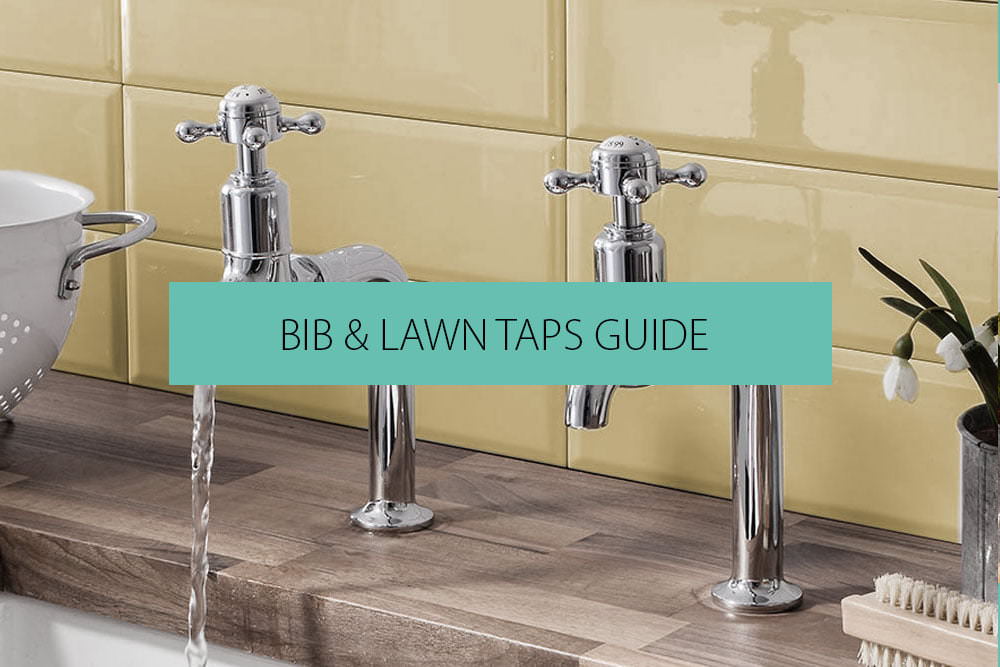 Boasting an irresistible mix of classic styling and rugged utility, bib taps will work hard for your family both indoors and out. Whether they’re in pride of place over a beautiful Belfast sink in your period kitchen, filling up a gorgeous cast-iron bath in your vintage-inspired bathroom, or simply doing their daily duty out in the garden, these traditional taps are a timeless choice. With a basic design that’s largely unchanged since the Edwardian age, they are a plumbing staple in homes all around the world. Because bib taps have been around for so long, they have proliferated into an enormous range of shapes, styles, and sizes. If you’re looking for the perfect bib taps for your needs, you may have a few questions.

Bib taps come in wide range of varieties, from simple, sturdy single taps to deluxe designer systems. The simplicity of operation makes them ideal for many applications.

Does the styling matter?

The importance of styling is a very personal choice and will depend on what job you want your bib taps to perform. A range of styling choices allows you to find a rugged tap which is perfect for outdoor use or to choose bib taps which will blend with any interior design. With such a wide variety of styles and price points on the market, you can find the taps which will suit any budget.

What types are available?

Bib taps mainly differ in the types of valves used to control the flow of water. Utilitarian bib taps often use a simple lever valve, so that the water can be easily started with a single flip of the lever.

More traditional bib taps are paired with the vintage style of Belfast sinks and clawfoot free-standing baths. These often use old-fashioned crosshead handles, like these beautiful chrome bib taps, also by Tre Mercati.

Concussive activation tap is another popular of bib tap. Bib taps may be sold with or without hot/cold water mixers, and many are suitable for use either as wall-mounted taps, or mounted on standpipes or upstands. Some bib taps are sold together with standpipes/upstands, like these deluxe gold Tre Mercati models.

What is the difference between bib taps on standpipes vs bib taps with upstands?

This is a simple difference of terminology which differs between manufacturers. The item is the same in both cases, and the terms are interchangeable. They simply refer to the pipe to which a bib tap is attached. Standpipes are usually meant to be used with bath taps, so you may see that name used with bib taps intended for indoor use, while many companies will say bib taps with upstands for general bib taps.