Everything You Need to Know About Towel Rail Elements 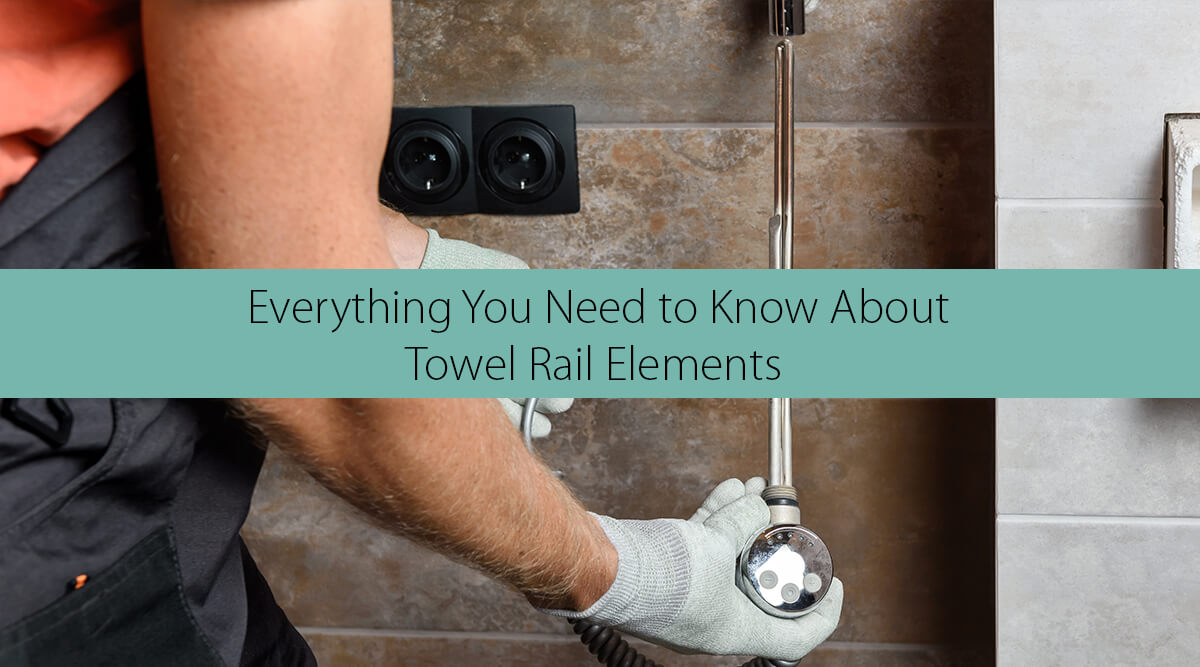 The little things in life can make the most difference to your day. In those frosty winter months, there's nothing quite as pleasant as stepping out of a hot bath and into a warm, fluffy towel. Of course, this experience can be somewhat ruined when you discover that your towel is still damp and cold from the last time you used it.

That's why installing the right towel rail can significantly improve your post-wash pampering process. Heated towel rails are there to serve one simple purpose - to keep your towel dry, warm, and ready for you.

Read on to discover everything you need to know about towel rail elements.

What is a Towel Rail Element? 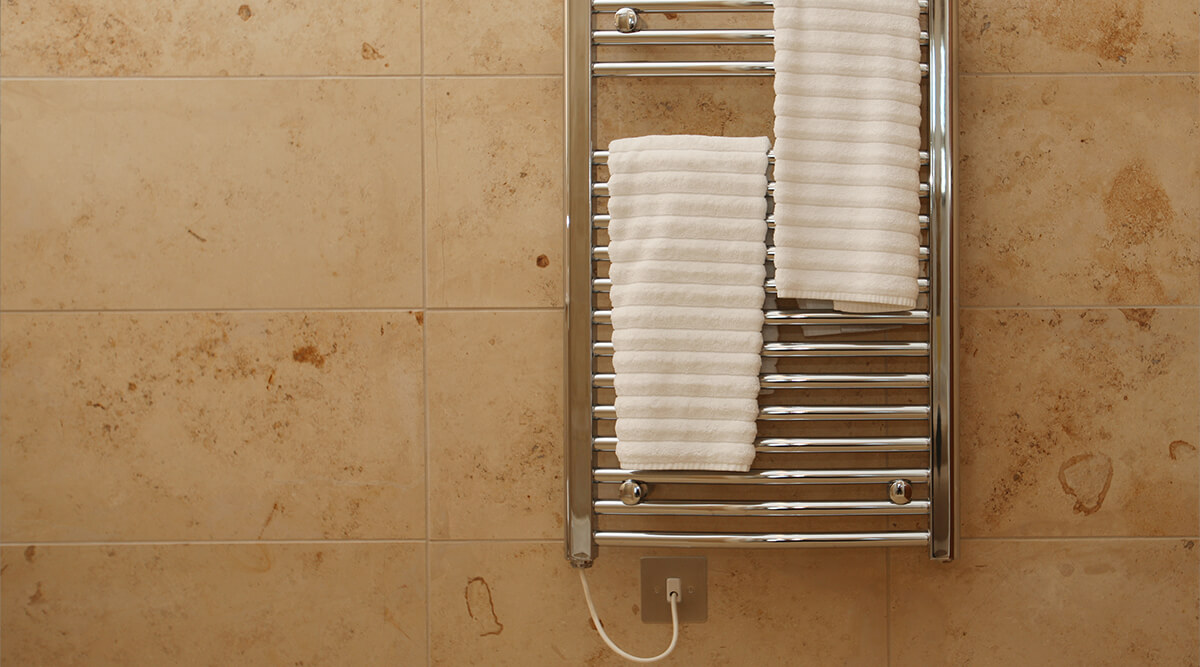 Towel rail elements are simple yet effective pieces of electrical engineering that convert electrical energy into heat. These elements allow you to heat your towel rail using electric current only, removing the need to connect to your central heating. An electric element fitted to a Dry Heated Towel rail heats the air within the rails or bars, causing them to become hot and, thus, efficiently drying your towels. The towel rail element fitted to a Liquid-Filled Heated Towel rail mobilises the liquid particles as electricity runs through it, heating the entire rail.

Electric towel rails provide comfort and convenience without the hassle and expense of hooking them up to your central heating system. They are energy efficient and customisable to suit your needs and tastes. They are capable of producing impressive amounts of heat. While the dry towel rail elements aren't built to heat rooms, they can quickly produce enough heat to dry towels and other garments such as swimsuits. The liquid-filled towel rail elements have more bars or rails and can dry towels and radiate small amounts of heat, taking the chill out of a cold room.

Keeping your towels dry also reduces the frequency you have to wash them. Towels that stay damp in cold, dark bathrooms are perfect breeding grounds for mildew. Once you catch a whiff of that familiar musty smell, there's no avoiding the washing machine, and you wouldn't want to, either. They work the same way as a kettle, but they are far less powerful as the temperature never reaches boiling point.

There are a few different types of towel rail elements to choose from depending on a few factors, such as where you want to install it and what aesthetic you like.

Essentially, there are two broad categories of towel rail elements.

When buying or installing a heated towel rail, you can choose between a single heat element and a thermostatic element.

A single heat element only has two modes - on and off. When you turn it on, it heats itself until it reaches a specific temperature, and then maintains that temperature until you switch it off. No mechanism allows you to control or adjust the temperature of the element.

There is a bit more variation with thermostatic elements. All thermostatic elements have adjustable temperatures, some of which are manual and some automatic. This means that you can choose how hot your towel rail will get depending on whether you're drying a wet towel or simply warming up a dry towel.

Other thermostatic elements regulate their temperatures using temperature sensors. When the rail gets cold, the element switches on and raises its temperature for a certain period, then lowers its temperature to keep itself warm. This is an appealing option for those who enjoy the convenience of automated appliances. 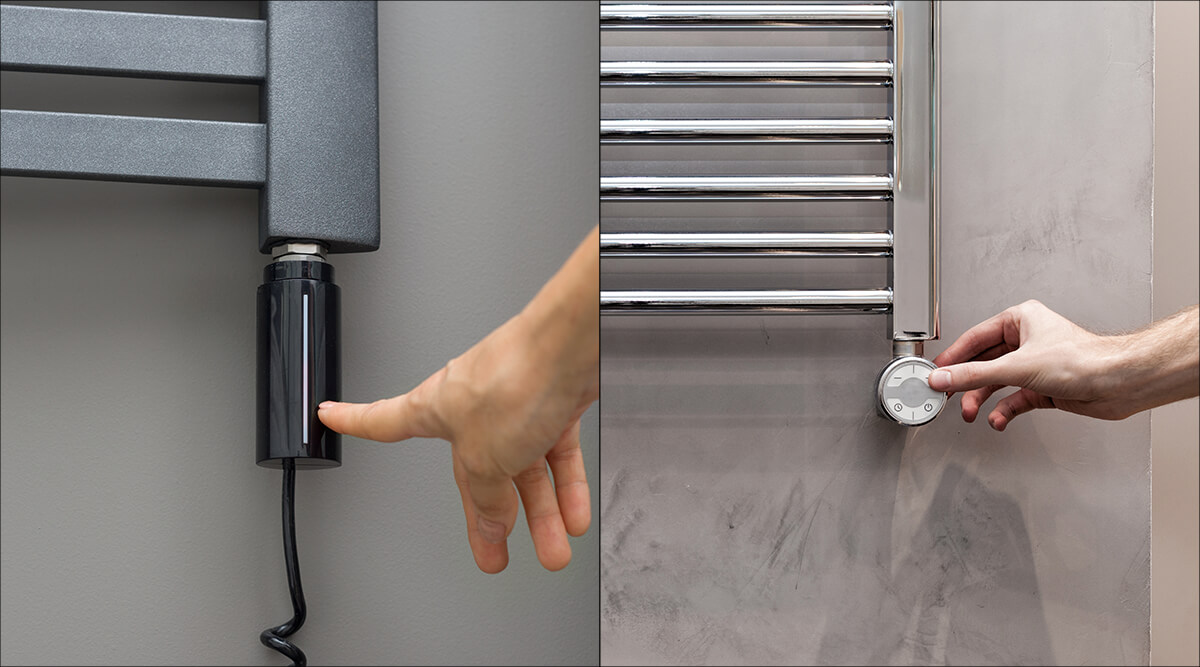 The dual fuel option is ideal for summertime when the weather is warmer as it doesn't require the central heating system to be turned on. The electrical element alone can heat the rail and keep it warm.

What Size Heating Element Do You Need for A Towel Rail? 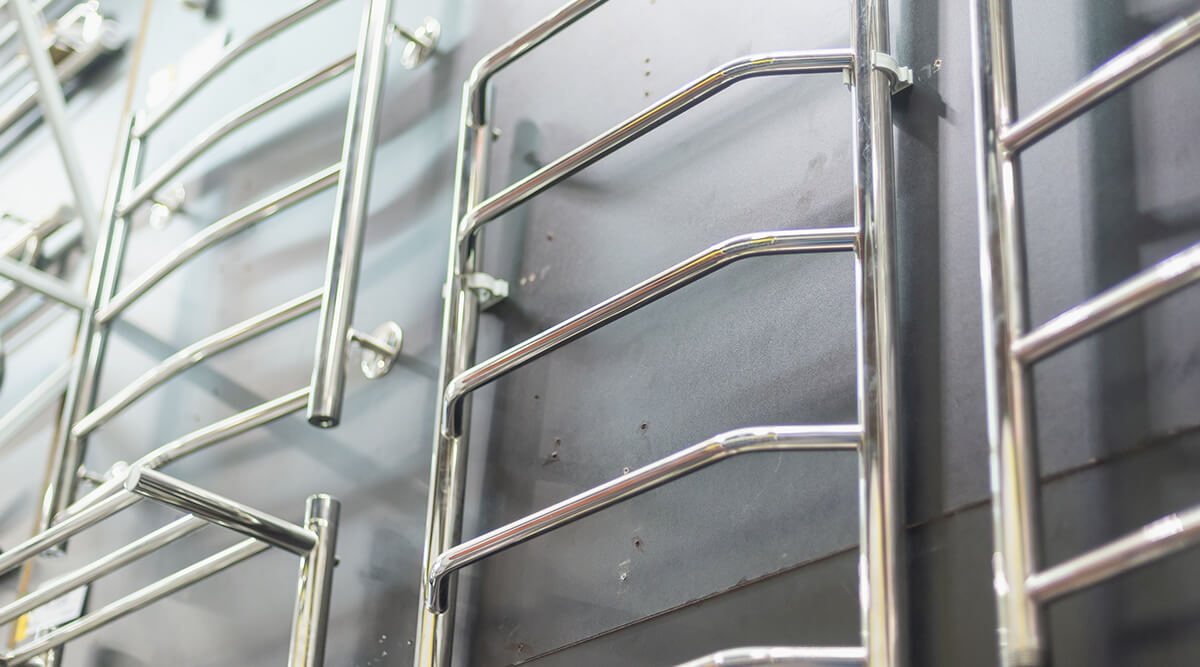 You can purchase a heated towel rail or convert your existing towel rail with just a little know-how. The physical dimensions of the heating element don't matter so much. What does matter is the size and thickness of the towel rail. The bigger and thicker the rail, the more heat is needed to warm it. Smaller towel rails can make do with low wattage heating elements, whereas larger ones need a stronger power supply.

How To Select the Right Wattage Element for a Towel Rail 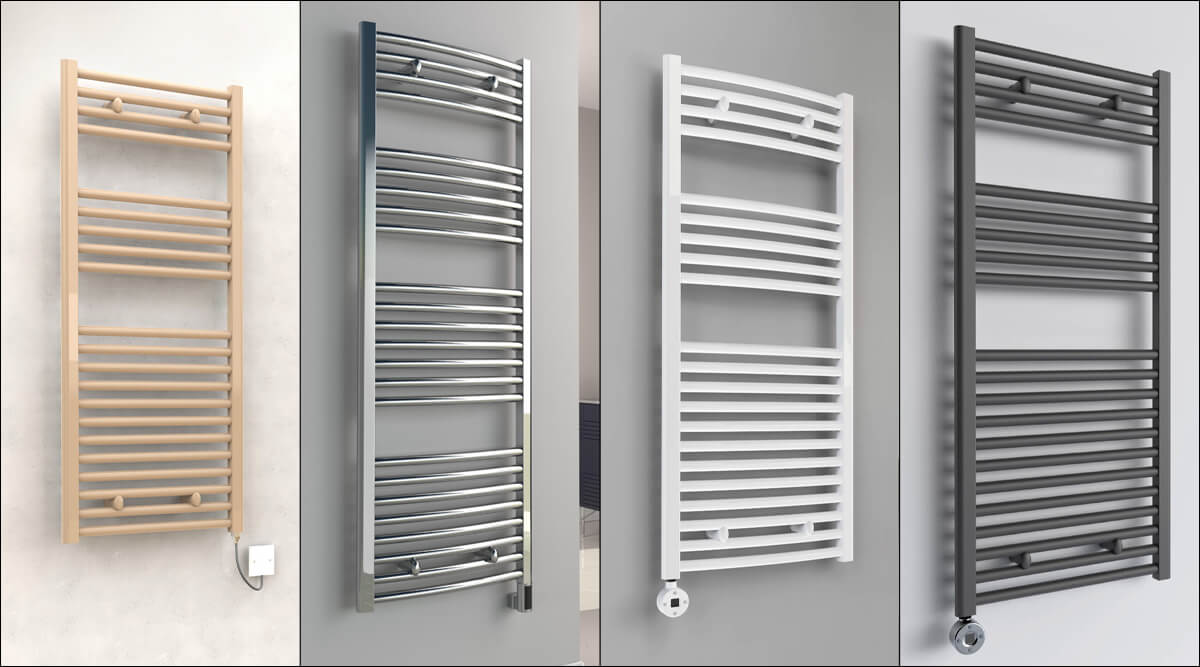 The wattage required for a heated towel rail isn’t that high, contrary to popular belief. Generally, electric heating elements for towel rails range between 60-120W. As mentioned above, the bigger and thicker the rail, the more power you will need.