Your Guide to Replacing Tap Washers 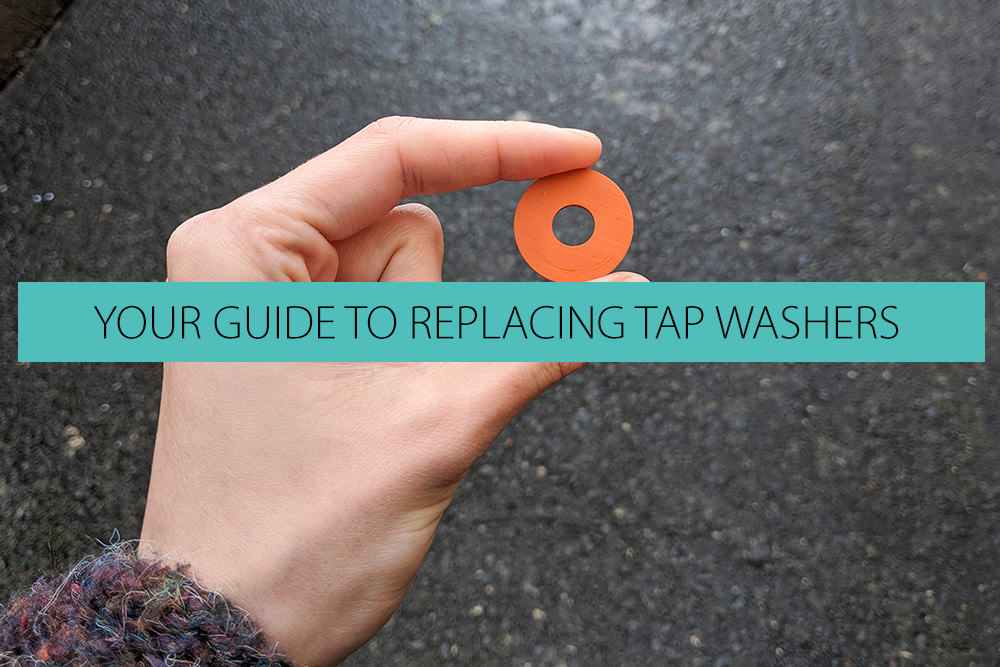 If you’ve got a leaky or dripping tap on your hands, then the chances are you’ll need to replace the washer. That’s not difficult, but you do need to know what you’re doing. So, what does changing a tap washer entail? We’re so glad you asked!

What Are Tap Washers? 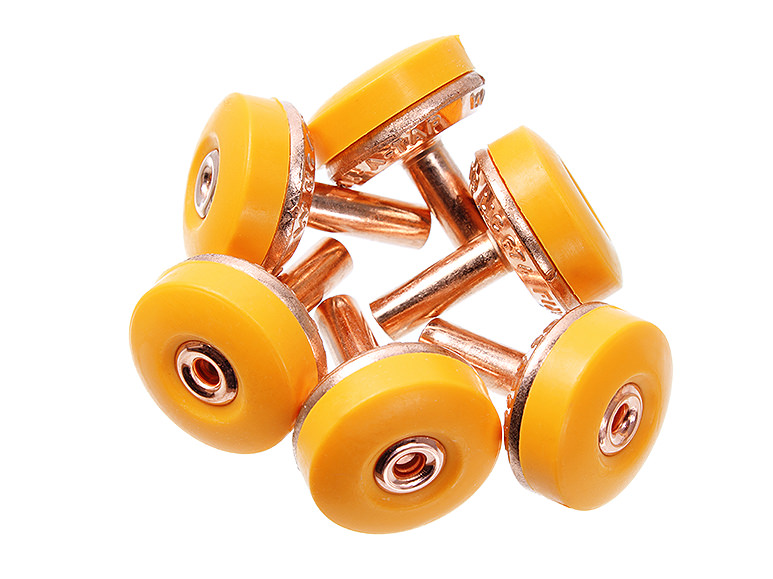 The broadest definition of a washer, as it applies to all hardware, are thin plates (usually they are disc-shaped but they can be square) that are used to distribute a threaded fastener (anything that mechanically joins two objects together, like a bolt or a nut) load.

The load is the amount of force that is acting on the fastener, so bringing it down reduces the general wear on the assembly and extends its lifespan. In plumbing, tap washers are small disks fitted to the inside of a tap.

While tap washers do relieve friction and spread load as all washers do, they also create a valve seal when the tap is turned off, ensuring tightness and preventing leakage. Those functions mean that these ingenious little objects can be categorised as gaskets too.

Some experts say that gasket is the correct term, and washer developed as a colloquial word for these tap parts since they look so similar to other hardware washers. In other words, all gaskets are tap washers, but not all washers are gaskets! 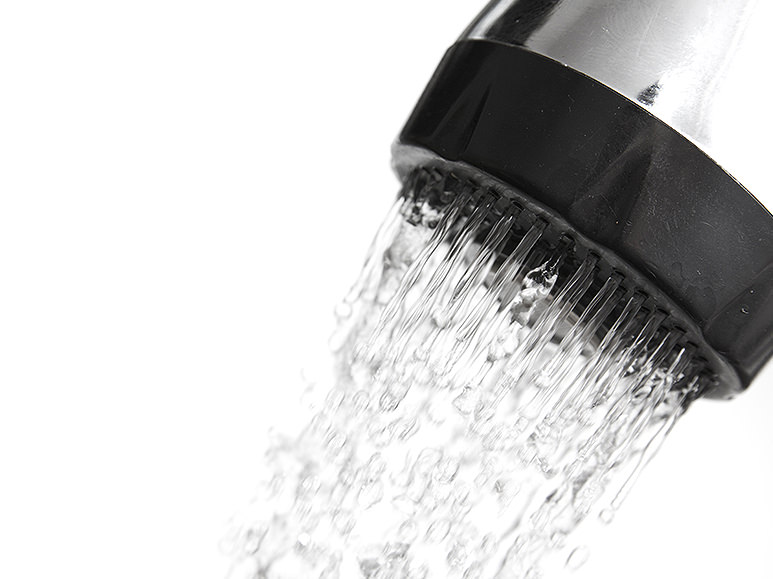 Washers function by creating a physical barrier between the tap’s seat and spout. They also seal off the tap’s spout from the valve by evening out irregular voids between the seat and the valve. When a tap head is turned, a rotating screw forces the washer in the tap’s assembly.

The washer moves up and down when the tap is turned in either direction, turning the taps on when it moves up, and off when it moves down. The upward motion lifts the washer away from the tap seat and opens the flow valve.

When the flow valve opens, the pressurised mains water that is held within the plumbing system passes through the tap spout. As the tap handle turns more, the rotating screw forces the washer further up and opens the flow valve more, allowing for control of the flow volume and speed.

When the rotating screw forces the washer down to turn the tap off the washer itself is compressed. This is a key element to the way washers work; the materials that they are made from are such that they can be squeezed down to form a watertight seal when the tap is closed.


3. Do All Taps Contain Washers? 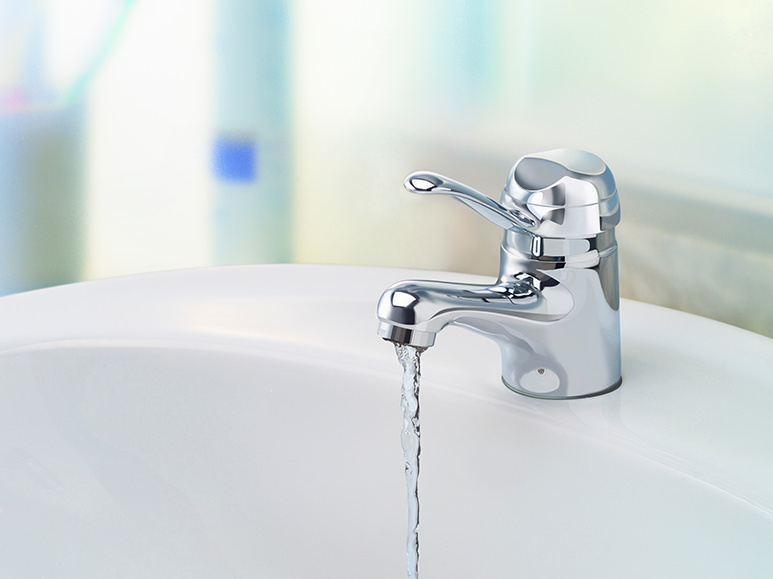 Interestingly, no, not all taps contain washers. As with almost everything else in building - and the rest of the world - there are different kinds of taps, and most of them are washerless. The types that contain washers are called compression taps.

Compression taps are so-named because of the way the washer is compressed to form a watertight seal, as we described earlier. They’re the oldest and most economical type, while the modern washerless variations that you’ll also see nowadays are:

The ball has slots or chambers and is fitted with spring-loaded rubber seals and rubber O-rings. The ball/lever assembly can, depending on the ball and handle position, control the water flow and mixing temperature.

What Are Tap Washers Made Of?

But back to tap washers. As you can tell from our quick diversion into the different types of washerless taps above, compression taps are the least complicated tap variation. Having said that, they’re also the ones that require the most home maintenance.

Tap washers need to be waterproof as well as flexible, and are usually made of nylon, rubber, polythene or fibre. The material means that they’re inevitably going to deteriorate over time and need replacing. Happily, this is a very easy task for even the most novice DIYer.


How Do Ceramic Tap Washers Work?

Besides nylon, rubber and fibre, tap washers can also be made of fire-hardened ceramics. They’re the most recent developments in what you might call tap technology, and the assembly consists of two discs. One remains stationary, while the other moves up and down and from side to side.

Ceramic assemblies are very commonly found on monoblocks, or mixer taps, as well as so-called quarter-turn taps. The operating mechanism requires just a quarter of a single handle turn to start and stop the water flow, so they’re a lot easier to use for anyone with dexterity issues.

Both discs sit inside a cartridge, and in the rare cases that you do need to make a replacement you’ll be switching out the entire cartridge rather than just the discs. The discs are aligned when the tap is in the on position, so water can pass through both and then through the spout.

When the tap is moved to the off position, the slots are no longer aligned, and the water flow is blocked. The up-and-down motion controls the volume of the water, while the side-to-side sweeps control the proportion of hot and cold water so users can adjust the temperature.

Besides being so easy to move and control, ceramic disc assemblies have the advantage of being the most hardy and durable of all tap options. The fire-hardened material is tough and erosion-resistant, and operating the taps creates very little friction.


How to Replace Standard Tap Washers 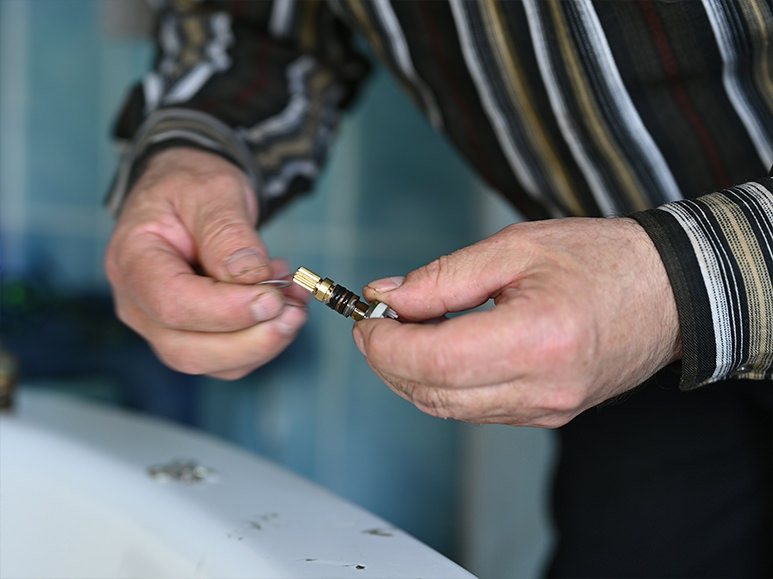 Age-related wear and tear (physical stress and degradation), along with water erosion, will ultimately create surface irregularities on a washer that means it can no longer seal the tap effectively. At some point, the washer and possibly other moving parts of any tap assembly will need to be replaced.

Here is also a video guide to replace tap washers


How to Replace Ceramic Disc Cartridges

Replacing a ceramic disc cartridge works in much the same way as replacing a rubber, nylon or fibre washer does. Follow the steps above, removing and replacing the cartridge rather than the washer from the valve in Steps 6 and 7 respectively.

How Long Do Tap Washers Last?

Ceramic tap washers can last years, but other types can last for as little as twelve months depending on how frequently they’re used. Rubber tends to degrade faster than nylon and vulcanised fibre, and hot water tap washers deform more quickly than their cold water counterparts.

Since they’re a household item that needs to be replaced on a pretty regular basis it’s just as well that compression tap washers are so affordable and so simple to change out. Some people make it a habit to fit new washers at the same time every year, pre-empting any leaks that might be brewing.

How Much Do Tap Washers Cost?

Remember when we said earlier that compression taps are the most cost-effective tap option on the market? We weren’t joking! You can find all the tap washers that you need at QS Supplies, either on our comprehensive website or at our land-based warehouse.

Our individual compression tap washers are priced at less than £2 each, and our sets come in at less than £8. If you need help with repairing a ceramic tap assembly, don’t hesitate to ask our friendly experts for advice.