QS Supplies
Articles
How To Unblock Bathtub Or Shower Drains

How To Unblock Bathtub Or Shower Drains

There are few things more annoying that standing ankle deep in water from a blocked drain during your shower. Unless perhaps it the way that a completely blocked drain can leave a full bathtub in that condition for hours after you’ve finished your bathe.

Whenever a blocked drain occurs, you’ll want to get it taken care of soon. Blocked drains are not only a nuisance, they can get worse over time if not addressed. They can also cause leaks and other problems in the rest of your bathroom if not dealt with in a timely way. Thankfully, regardless of whether it’s a tub or shower drain and regardless of what the cause is, it’s usually fairly easy to unblock your drain and get it flowing again within the space of an afternoon. 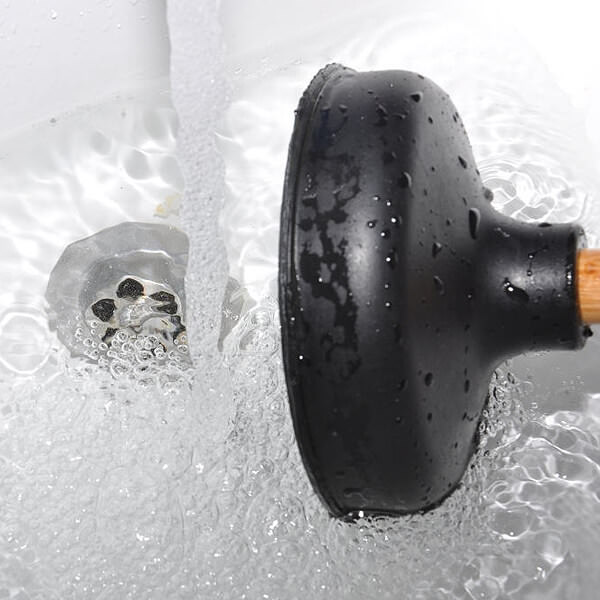 Blocked drains can happen for a variety of reasons. Soap, oil, lotion, and other shower products do leave behind a kind of residue and scum that over time begins to build up on the sides of the pipes your drain is connected to. Add to this any strands of hair that get washed down the drain and stick to the residue in the pipes, and over time you get a block. If the water is draining, but very slowly, then it’s more likely that the pipe has simply narrowed due to the gunk, making it harder for the water to pass through. If the water has come to a complete standstill in the tub, then you most likely have a complete blockage of some kind, probably hair.

Keep in mind that these are the most common reasons that a drain can clog, but they aren’t the only reasons. Depending on the type of drain that you have, sometimes other things can find their way down there. If you hang things to drip dry on your shower rod, some thin pieces of cloth can sometimes slip down the drain. Likewise, if you bathe a small child in the tub, and you have a type of open drain that must be stoppered, then some small toys may find their way into the drain as well.

Finally, if you live in a rural area, you can’t always rule out that the cause of the blockage is much further down the line. Tree roots can sometimes grow into the pipes, causing a blockage. While it takes a lot longer for this type of blockage to make itself known, if you have tried all the regular tips and tricks for unblocking a drain, and the issue still persists, you may want to hire a plumber who can use a camera and investigate things a little further for you. 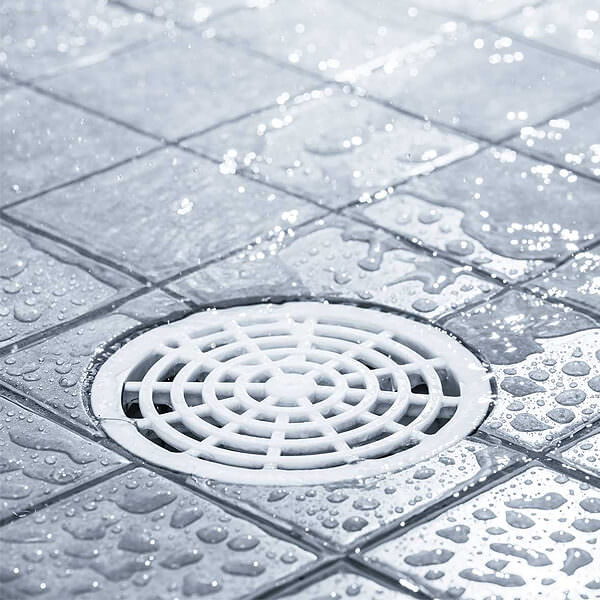 There are many different methods for clearing a blocked tub or shower drain. Keep in mind that not all of them will be equally effective, depending on the type of drain you have, its configuration, and what exactly is causing the clog in the first place. For this reason, you may find that you need to try a few different methods to completely clear the block.

Uncover the Drain if Possible 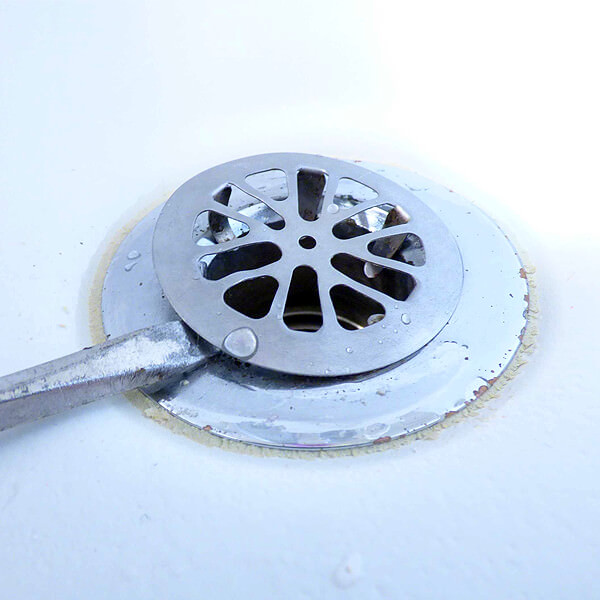 Some drains only have a stopper you need to pull, but other drains can be a little more obscured. If you have a pop-up drain for example, it can be hard to really get in there and clean it out. Whenever possible, try screwing the top off of the drain or uncovering it to open it up. The more open it is, the easier time you’ll have getting it cleaned out and the block cleared up. 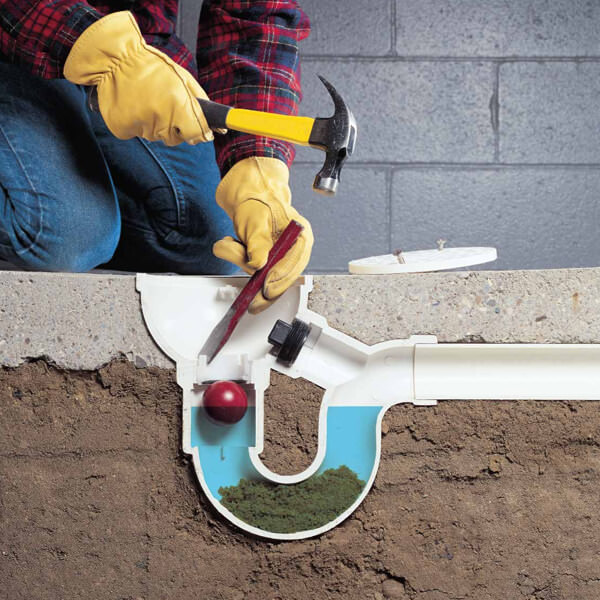 If you drain has been open all along, take a moment to check inside and make sure there isn’t a small toy or a piece of cloth in there. It has been known to happen with open drains before, and you may discover that a long pair of tweezers and some patience can get your drain working again in just minutes.

If you had to remove a cover or other piece from the drain, you should also take a look at it, and any drain tailpiece that it may have. Sometimes soap scum and other gunk can build up on the drain piece, which can be the source of the block. In this case, giving the drain piece a good scrubbing can often solve the problem, or at least part of it. 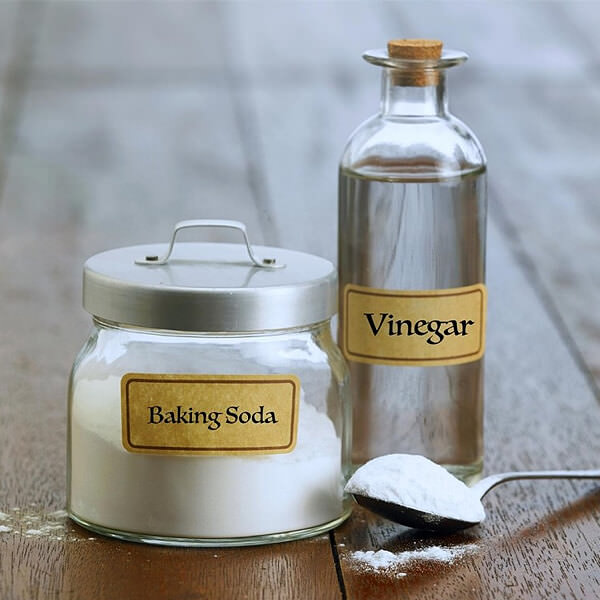 If the cause of the block is mostly soap scum and gunk, then a mixture of baking soda and vinegar flushed with water will likely clear it up. Pour a cup of baking soda down the drain, then follow it with a cup of vinegar. Cover the drain as soon as you pour the vinegar down, as the mixture will foam up quickly, and you want most of the foaming action to be forced downward, which will help clear the block. Wait a few minutes, then flush the drain with hot water.

Keep in mind, this method only works if there is no standing water in the tub or shower pan. So, if your drain is moving slowly, just let it drain before you attempt this method. 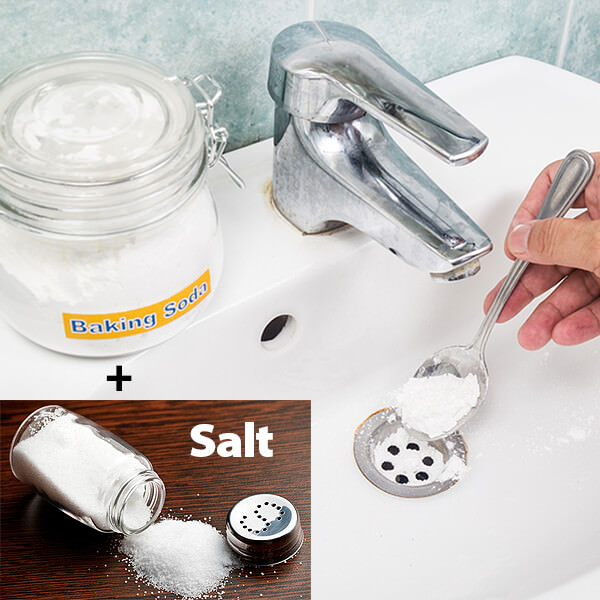 Another method that’s good at cleaning out blocked pipes that are causing a slow drain is salt and baking soda. This is a good method to do overnight or over a long period of time where you won’t need the shower. Mix up a cup of salt with a cup of baking soda and pour it straight down the drain. Let it sit for several hours, then flush with hot water. The salt and baking soda together will dissolve the block, cleaning your drain. 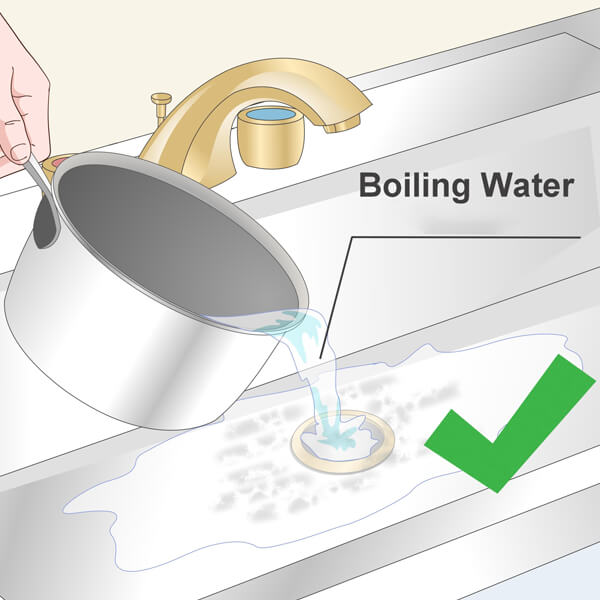 If a build up of soap scum is the cause of a slow drain, then a kettle full of boiling water can sometimes be enough to wash it away. Get the water to a rolling boil, then pour it straight down the drain as quickly as possible. Give it a few minutes, then flush with hot water from the tap to clear away any remaining residue. 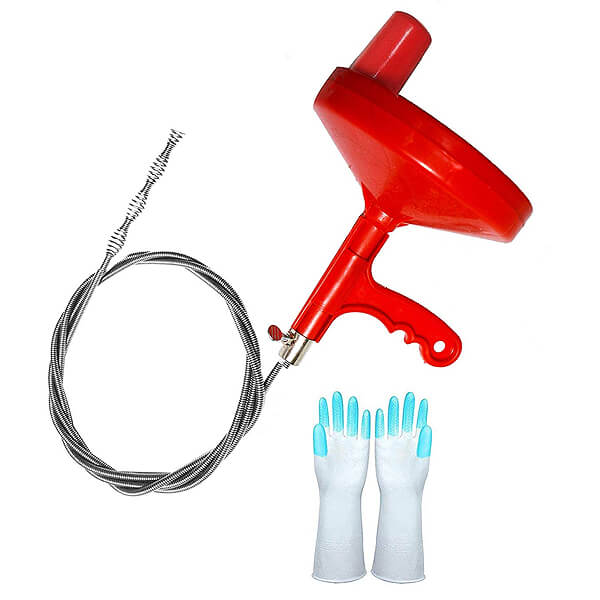 All of the above methods are great at cleaning drains, particularly those that have a build up on the sides of the pipes. But if the issue is that you have a lot of hair completely blocking the drain and preventing water from going past, these methods may not be enough. In that case, when you need is to pull the hair up and out of the drain. To do this, you need a plastic drain snake.

A plastic snake can be bought at most hardware stores for a few Pounds. It’s essentially a long piece of plastic with small prongs on it, and a loop you can put your fingers through at the top.

Simply thread the snake down into the drain until your fingers reach the top. Work the snake up and down from several angles. You may occasionally feel some resistance, which is the block getting caught on the tines of the snake. Pull the snake back up, and remove the caught hair. You may need to repeat this several times, and you may also want to combine this method with one of the above methods as well; sometimes hair gets trapped because of soap scum and gunk on the pipe walls. Clearing out the hair will let the other methods dissolve the scum on the sides so that your drain will stay clear and running for longer.

Blocked drains are a nuisance and they can occur regularly at any time, even with good hygiene practices and regular bath cleaning. The key is to deal with them as soon as you notice the water slowing down in its draining, before they can get worse and cause a complete blockage in the pipe. Use any of these methods to get your pipes running clear and enjoy your bath and shower usage block and standing water free. You can also read our guide on How To Unblock Kitchen Sink Drains, here.