Grohe offers a wide range of taps from the Lineare series. Lineare series offers modern masterpieces such as designer basin mixer taps, basin and bath spouts, Tall Basin Taps and more. The fresh and modern, Lineare taps are a softer take on the stark, with the fabulously reduced lines of minimalism. A cylindrical body enhances the radial profiles of the lever and spout, resulting in a distinctive collection of bathroom taps. Visual stability is achieved through the parallel geometries of the spout and lever and is highlighted by the StarLight chrome finish, while SilkMove technology ensures accurate and easy control of water flow and temperature. With numerous such features in its bag, every tap creates a tranquil haven that helps in the complete rejuvenation. 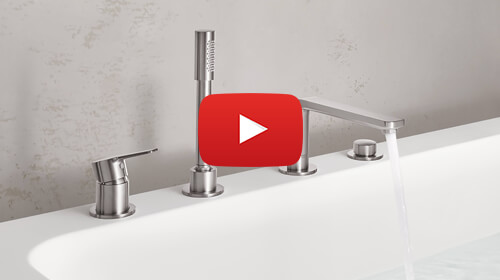