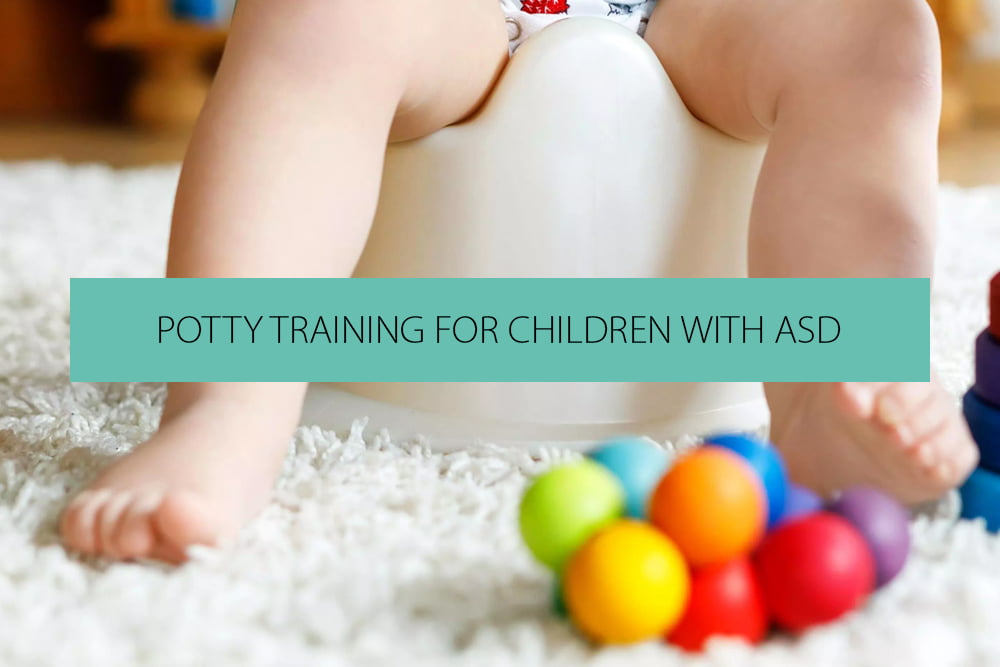 Autism spectrum disorder (ASD) and Autism are disorders of the brain caused during the development stage. In these disorders, children typically experience difficulties in social interaction and find both verbal and nonverbal communication a challenge. Signs and behavior changes that may signify autism are first seen at ages 2 or 3. The condition may also be associated with intellectual disability, restricted motor coordination, and extremely short attention span. Some children may also experience physical health issues like sleeping disorders and stomach upsets. Amazingly many Autistic children excel in visual skills, music, math, and art. Recent studies clearly indicate that autism affects more boys than girls, and the numbers seem to be rising.

If your child has been diagnosed by ASD or Autism, and you are planning a Potty Training programme, outlines below are the challenges you are likely to face and the things you need to keep in mind. It is our sincere effort to help millions of moms who face this simple yet daunting task and hope this will serve to create awareness when Potty Training your children.

The First stage is to know when the child is ready to be Potty Trained. Autistic children, like most other children, show similar patterns and signs when they are ready to be potty trained. So, be vigilant and look out when:

Parents of these special children need to be a little extra thoughtful when communicating with their child about potty training. Patience and understanding are the key requirements. For a child starting his maiden attempt at going to the toilet, it can get complicated and overwhelming. You need to be loving, firm and calm yourself to teach the child the correct way to use the toilet.

As with everything else with children, encouragement, praise and rewards go a long way in bringing you results. As you teach your child one step after another, rewards and praise will facilitate faster training. You can reward him in the following ways:

One reason why children diagnosed with ASD or Autism are difficult learners is because they do not like changes in their routines. Also, motivators like stickers or stamps, may not have the desired results with Autistic children. After reasonable progress in Potty training, try to use only verbal and nonverbal methods of communicating with the child. Using Visual aids and stories as well as creating a child-friendly atmosphere in the toilet can nicely supplement your efforts in potty training and routines. 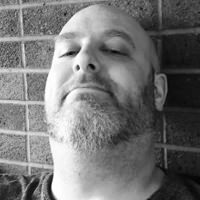 As for my kids, we never really had too many problems. I guess we were just lucky. I think if I had any advice it would be that you need to be patient and throw some more patience in for good measure. I think it's important to understand why there may be struggles in the bathroom department.Any struggles that my kids had were sensory related. Things like being afraid of the flushing sound or the water overflowing were things we faced. We always used positive reinforcement and had a candy jar that they could pick from if and when they would sit on the toilet for a few minutes, even if they didn't actually go.

Every kid is different, especially when you're talking about the Autism Spectrum and so what works for us may not work for anyone else. Some kids will struggle and others will just potty train themselves. I did want to point out a tremendous resource that you can probably tap into. http://www.teachtoileting.com/about.htm. I've spoken with them before and any child can be taught to use the toilet with their training program. They are experts and have always been happy to speak to people. 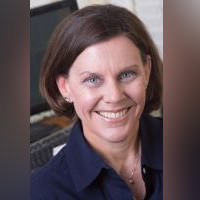 “Well, we discovered that our son has developmental delays at 13 months old. He wasn't speaking or walking, let alone potty trained. He was provisionally diagnosed with autism at 18 months of age. He had a few words by then and was walking a bit. He was not potty trained yet, nor did we even consider trying at that time. Our son was getting over 20 hours of therapies (Discreet Trial Training(DTT)/Floor Time, OT, Speech) per week. We were overwhelmed, and our son's schedule was full. We wanted to concentrate on the DDT and other therapies. There just wanted time! After he turned two, we began to discuss potty training with our son's DDT supervisor. She said she'd incorporate the early stages of potty training into her 2-hour therapy visits. She would sit him down twice a visit on a small portable "potty" that we purchased.

Early on, the DDT supervisor established a reward-based system where, if he just sat on the potty for one or two minutes, then he would get to play with his favorite toy or get to choose the next activity or something like that. It took him a while to actually begin to use the potty, but by then the reward-based system was working, so she continued with it. Gradually, during therapy sessions, he began to get potty trained. However, on our own, we still didn't force him. We still felt that potty training was something that would come, but we had bigger issues to focus on. We were patient with our son. We encouraged him to use the bathroom, but if he was having a bad morning, then we let it go.

Once our son was potty trained from diapers, he still wore pull ups at night until about age four. He felt more secure in them and, again, we didn't want to push him. It took about a year for him to stop using the pull ups, even though we did purchase a protective plastic sheet for his bed. At times, post-pull ups, some anxiety would lead to a few night time accidents. Thankfully, these did not last long.”

“Yes my son was very difficult to potty train....he was my youngest of four, so I knew this wasn't "normal" I didn't seek advice from any experts, but I will tell you it took a lot of patience and time. What worked for us was I made the bathroom a welcoming place....got books, put some music in there and put really soft carpet in the floor as well as allowed him to leave several stuffed animals in a basket in there. Once he felt comfortable in the space, he was willing to be potty trained....rather than resist even considering going in there.” 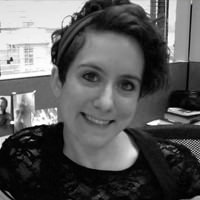 “Thank you for reaching out! It is a bit tough raising two kids with Autism, but awesome as well. :)

As for potty training, it's been a struggle! Tristan (will be 5 in July) is mostly potty trained during the day, but still in diapers at night. How our potty training journey began was in the form of a few day break from school. He goes to school 5 and half days per week before coming home for in-home ABA therapy, so we had to wait for a break to start the whole potty-training saga. The therapists had a plan all ready for us and were there all three days of potty training. Day one we started with having him sit on the potty every 3 minutes for 10 minutes at a time. When he would try 3 times without an accident, it would raise 3 minutes between sittings on the potty. If he had an accident, it would go back down 3 minutes. The therapists created a spreadsheet so we could write down every time Tristan tried, went on the potty, or had an accident, and the times.

This interval training over three days was HUGE for us. I don't know how we would've done it without the three days devoted to this. Oh and to start, they asked that he be put in a long t-shirt that covered his private parts and no underwear. This was so he could see (and all of us could see) that he was using the bathroom, and we could run him to bathroom quickly!

So a lot of it is trial and error. Some of it is just having patience. I know he'll get it eventually”! 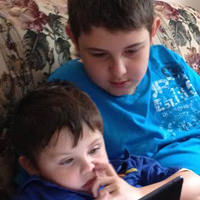 “I have two autistic sons, and both experiences were a little different. My older one took two years to be fully potty trained. It took time, patience and lots of creative solutions for it to work. Also consistency. Whenever possible, I was the only one to train him. That way he was not confused and being taught a different way by another person. When I was unable to be there, the person filling in for me was given detailed instructions on my methods. Those methods included making up a song which he enjoyed or a story about his favourite animal going to the potty, etc. Sometimes my method worked, sometimes not. We didn't have any expert help or advice because he wasn't diagnosed until he was nine years old.

As for our second son, it was a little easier because he was diagnosed during his potty training years. So expert help was available, but it still took patience and trial and error. I did use the same methods as with our oldest but what really worked was a program called Potty Training in three days.

https://www.babycenter.com/0_potty-training-in-three-days-or-less_10310078.bc. I found this program excellent”. 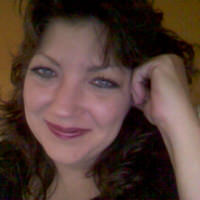 “We used a positive rewards system, but still both boys were 5 years old before they were completely trained! I mean we offered a positive reward for each time they did something positive towards using the potty, either telling us, trying to, etc. favourite candy, special treat of some sort, etc... It definitely took time!” 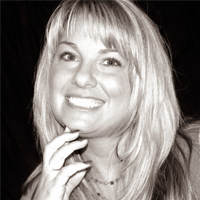 It's critical to make sure your child is ready to use the toilet. Look for signs of 'readiness' such as: knowing when she is wet or soiled, follows simple commands, agrees to wear regular underwear rather than diapers/pull-ups. It's also important that your child is not fearful of the toilet or the sounds it makes. Make the toilet area a 'fun' area by using calming music when working on toileting, allowing kids to have a special toy used solely for time on the potty.

Also, try covering the handle of the toilet if your child fears the sound of the flush. Make sure to establish a toileting schedule to encourage regular trips to the toilet. Read books about toilet training with your child.

"I thoroughly failed in potty-training, my girl. When she was three or so, I tried behavioral conditioning. Her favorite cereal was fruit loops. When she figured out I would give her a fruit loop only when she sat on the toilet, she never ate another fruit loop. At age four, she squatted in front of a church official and pooped. Fortunately, he had a daughter with Down’s Syndrome, so he was understanding.

Around age four and a half, my husband went on a two week TDY. I always hated when he went TDY because I could hold things together for about three days, and then I collapsed, and he would come home to a devastated wife and distressed children and the house a shambles. Anyway, this time when he left on his temporary duty assignment, he made a special project of praying about our violent, autistic daughter. Sometime in the middle of the TDY, our daughter climbed up on the toilet and used it. From then on, she was toilet-trained. I had nothing to do with it. What a relief it was!”